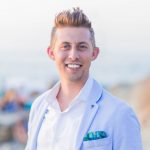 About Austin Distel:
Austin Distel is a serial entrepreneur, show host and Head of Growth at Proof. Austin has spoken on stages around the world on the topics of digital advertising strategy, SaaS growth, and marketing automation. Fun fact, in 2016 Austin was nominated as Mr. Atlanta and won an award of $10,000.

Proof was launched in March 2017 and by the end of the year did over $1.2 million in revenue. Today, their ARR is $1.8m and growing and the number of active websites using Proof passed 10,000. Their goal is to help 100,000 businesses humanize their marketing by 2020. Show Notes:
03:20
A Quest for Authenticity in Online Marketing
06:11
The Master Plan Behind Proof
08:31
Your Persona Evolves Along Your Business
"Sometimes the customers you have today aren't the customers you want tomorrow. And that's really important. Keep in mind that as your product grows and as your team grows it might not be a cost effective structure but two you might need to find a different kind of client."
10:06
Achieving Focus For Growth By Merging Companies
12:19
Creating A Product to Solve Your Own Problem
15:03
Market Validation and Feedback With A Prelaunch
16:22
Marketing With Influencers: Look for Your 20%
"One thing that we know about this industry is that people look towards the influencers more than most other industries. So we are thinking 80/20 out of all the customers that are in the market. What are the 20 percent of customers that are going to be the most valuable to us. "
"Like how do you take over the market. It begins at looking more to the 20 percent of people that you need to contact first and really quickly we became the number one person in the market for this."
18.30
Building Virality Into Your Product
20:27
Taking Over Market Share by Out Advertising The Competition
20:51
Vanity Metrics vs Clarity Metrics
"I have a firm belief that if you can structure your company in a way to be able to out advertise your competition, you'll take over market share and then you'll win the brand."
23:28
Develop a Predictable Paid Acquisition Channel w/ 45 day or less Payback
25:19
Mathematics: The 3 Metrics You Need To Understand
"The only reason why they're scared is because they don't know what their Cost per acquisition is and what their trial conversion rate is and what their lifetime value is, if you have those three things in stone, you know exactly what they are, you have those things on your dashboard every day. Then you know if you spend this much then you'll get this many customers and you'll make this much over the long run. And if you want a very simple formula for it spend up to one fourth of your lifetime value on acquisition."
26:22
Personalization vs Static Websites
29:07
The Big Goal: Helping 100.000 Websites Humanize by 2020
29:58
Lightning Questions
Transcript: