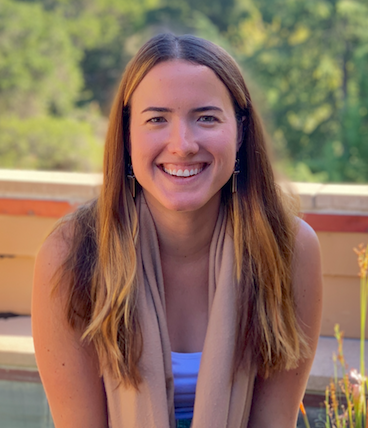 About Harmony Anderson:
Harmony Anderson is the Director of Demand Generation at Outreach.io, a market-leading sales engagement platform.
As a revenue focused marketer, Harmony has diverse experience building integrated sales and marketing programs using the latest and greatest technology and data. She is passionate about operational efficiency, relentless testing and fostering cross-functional alignment. In her free time Harmony loves to travel, play golf, and take day-trips around the SF Bay Area with her friends and family.

Show Notes:
03:00
An Unicorn Making Sales Engagement and Management Seamless
05:55
Joining To Help Scale Efficiently
07:55
Product Market Fit: Be Constantly Communicating Your Sales
11:00
Operational Efficiency: Training and Hiring People With Experience
12:45
Combining Marketing And Sales In Outbound Campaigns
14:20
The Challenges Of Doing Direct Mail
16:45
The Whole Process Integrated In Outreach
17:55
KPIs For Optimization
19:30
Multi-Channel Attribution And Goals
24:50
Building a Multi-Channel Attribution Process
26:35
The First Thing You Need To Do When Starting An ABM Program
28:50
Keeping Sales Teams Motivated
31:05
2019: Growing Fast And Things To Be Excited For
31:40
The Issues Of Scaling Too Fast
35:50
Lightning Questions
Transcript:

About Jason Bay: Jason Bay is the Chief Revenue Officer at Blissful Prospecting. He does not believe that prospecting is ...

About Anna Kocsis: Anna Kocsis is the Head of Marketing at 10to8, appointment scheduling software that aims to rid the world ...