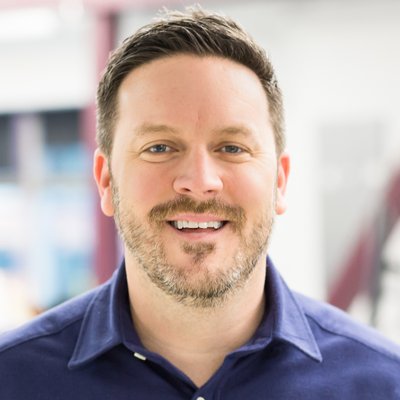 Keith Messick is the CMO at Dialpad, a business communications company.

Previously, he served as the CMO at Lucidworks and also held senior leadership roles at Topsy (acquired by Apple), Get Satisfaction, and SuccessFactors.

Show Notes:
02:55
The Big Opportunity and Challenge for Enterprise Communications In The Cloud
06:15
The Disappearance of The Desk Phone
08:30
How To Stand Out In A Crowded Marketplace
11:20
Being More Creative Than Competitors: The Billboard Case
14:22
That Ridiculous Hold Music Everyone Still Remembers
16:40
Raising Money vs Bootstrapping
21:45
Artificial Intelligence And Smarter Calls
25:20
Creating Unique Experiences On High-value Calls With Voice intelligence
28:10
Lessons Learned: Managing Interpersonal Boundaries And Communications
33:20
Marketing Is Changing: Nothing Is Forever And You Need To Adapt
36:25
Lightning Questions
Transcript:

About Paul Cowan: Paul Cowan is the CMO of FreshBooks - the # 1 accounting software in the cloud for self-employed ...

About Holly Pels: Holly Pels is the Director of Marketing at Casted - the first content marketing platform for B2B ...

About Bryant Lau: Bryant Lau is the Director of Demand Generation for Banzai, a leading event marketing automation ...

© 2021 Demio, A Banzai Company. All rights reserved.
Follow along on Our Journey to $100k MRR
A shaky start? No doubt. Yet, three years later, we've got our eyes set on $100k MRR. We'll be sharing everything along the way.