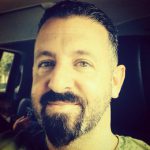 Todd Brown has been knee-deep in the direct response marketing world for over a decade. His illustrious entrepreneurial journey began with him taking multiple markets by storm.

He was the brains behind the enormous launch of the first patent-pending multi-media marketing system for chiropractic physicians. He sky-rocketed one of his companies to the position of “#1 largest provider of marketing and business-growth training for bodywork professionals”. And, he’s co-orchestrated multiple six-figure internal launches within the internet marketing community.

Todd was formerly partners with Rich Scheffren at Strategic Profits, where he single-handedly created and launched over 15 profitable front-end marketing funnels, co-created the wildly successful Founders Club, and wrote a single sales letter that brought in almost $750,000.00 from just the internalSP house list.

Today, Todd is recognized as the foremost authority on engineering wildly profitable marketing funnels that produce leads and customers often at triple to quadruple the average value experienced by competitors.

Show Notes:
02:00
Todd's Story
09:00
Not Giving Up
13:00
It's a Numbers Game
19:00
The Evolution of E5 CAMP Method
20:15
Life, Impact and Legacy
25:15
Big Key Lesson #1: Marketing is Different than Selling
29:20
Big Key Lesson #2: We are In The Idea Business
32:00
New Ideas: Seeing Combinations
38:45
Big Key Lesson #3: The Power of The Unique Mechanism
50:00
If Going Back, Would Todd Do It All the Same?
53:50
Levels of Customer Acquisition Aggression and Maximum Allowance Acquisition Cost
Resources:
Connect with Todd:
https://www.facebook.com/toddbrowninc
E5 CAMP Method:
https://mcp.isrefer.com/go/e5lav4/meetdemio/
Shoe Dog: A Memoir by the Creator of Nike by Phil Knight:
https://www.amazon.com/Shoe-Dog-Memoir-Creator-Nike/dp/1501135910
A Technique for Producing Ideas By James Webb Young:
https://www.amazon.com/Technique-Producing-Ideas-five-step-creative-ebook/dp/B00MWCPOG4
Related Posts
View Episode

Welcome to this special SaaS Breakthrough Episode with our host, David Abrams, covering SaaS Marketing In Uncertain Times! We ...

About Casey Hill: Casey Hill is the Growth Manager at Bonjoro, a personalized video messaging company, with the mission of ...